Facing his own mortality — Book Review of When Breath Becomes Air 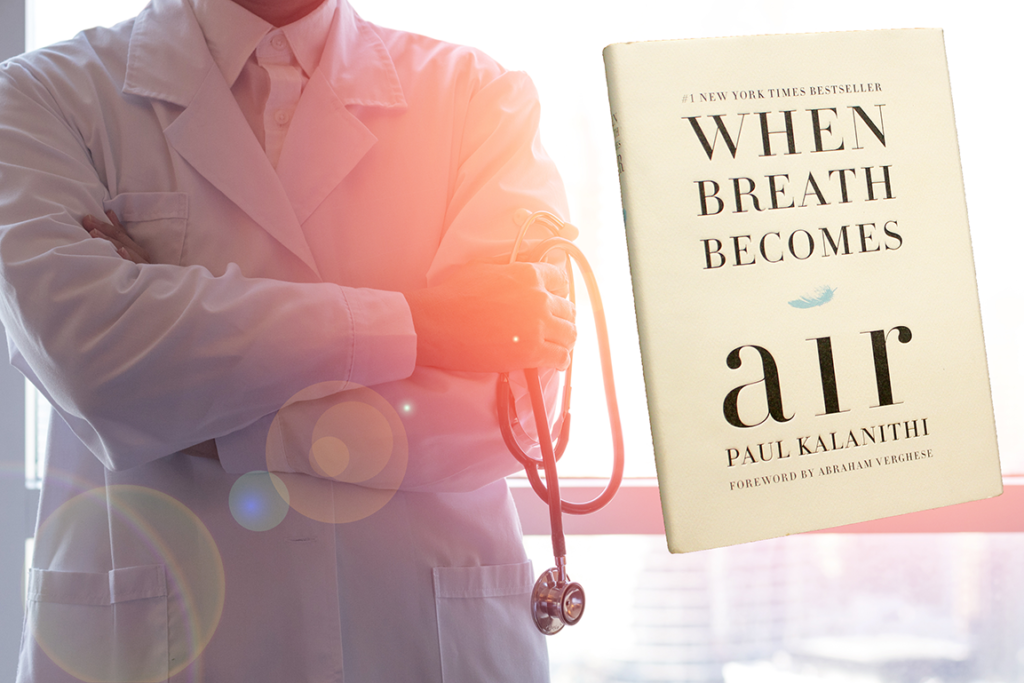 Death and dying is never easy especially when the person is young and has a bright, promising future.  What is it like to face death at a young age?  What does courage look like in the face of uncertainty?

When Breath Becomes Air (Random House 2016) is the transforming story of a brilliant, young surgeon who takes us down the road of uncertainty as he faces death – something few of us can truly relate.  As a young surgeon, just thirty-six years old, Paul Kalanithi, had a bright future ahead of him.  He was nearing completion of ten years of medical training as a neurosurgeon when he was diagnosed with stage IV lung cancer.  It seemed unthinkable to Kalanithi.  After all, he had so much going for him.

Kalanithi paints a very riveting and compelling story of his world turned upside down when he received the news of his cancer.  He went from being a doctor and treating the dying to becoming a patient facing his own mortality.  He takes the reader into a world that each of us will face one day.  Kalanithi wrote, “I began to realize that coming to face to face with my own morality, in a sense, had changed nothing and everything.”

When given such news, it certainly changes one’s perspective on what is important in life.  Values are now turned upside down.  A person discovers what truly matters in life.  Kalanithi refers to this as “someone had taken away my credit card and I was having to live on a budget.”  He goes on to write, “Death is a one-time event but living with a terminal illness is a process.”

At the same time, Kalanithi’s wife Lucy became pregnant as they were dealing with his cancer.  She gave birth to a beautiful girl named Cady. However, they faced a dilemma.  The couple were in the process of nurturing a life as another life was declining.  Ultimately, Kalanithi knew his days were extremely limited.  Still, his one desire was to live long enough for his daughter Cady to have some memory of him.

When Breath Becomes Air is an exceptional thought-provoking story of the challenges facing a terminal-illness and eventual death.  Written from two viewpoints, one from a physician’s side and the other from a patient.  It is indeed a brilliant work well worth reading.

Curtis Freed is a Spiritual Care Counselor for Harbor Hospice.  He is a Board Certified Chaplain (BCC) with the Association of Professional Chaplains (APC).  Prior to joining Harbor Hospice, he worked as a chaplain at Mercy VNS & Hospice for 3 years.   In addition, he worked as a chaplain for Spectrum Health at Butterworth and Blodgett Hospitals for 8 years.  He is a graduate of Liberty University (1987) and Liberty Baptist Theological Seminary (1990).

Harbor Hospice serving the West Michigan lake shore.  Their agency has provided hospice care and support programs to residents in a five-county area for over 35 years.

Don’t forget to donate on Match Day! On June 3rd, visit the link below and select the Harbor Hospice Foundation to maximize your gift to support our community hospice, palliative care, grief support services and so much more.

We thank you for your support!