His story–and honoring him for his bravery 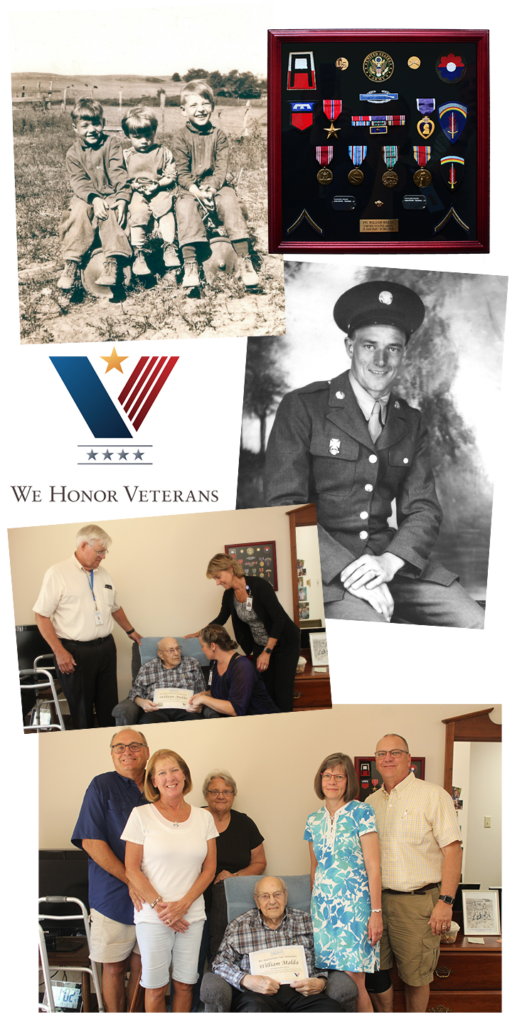 Bill Malda grew up on a busy farm in Rothbury where his parents settled around the turn of the century after emigrating from the Netherlands. West Michigan’s rolling hills and fertile fields resembled the landscapes of their homeland, and in the steadfast Dutch tradition, the Maldas opened a dairy business. It was Bill’s job to milk in the morning before heading to a one-room schoolhouse where his ambitious teacher taught thirty students in eight grades.

“When I was little,” Bill recalls, “I used to run like crazy from the house to the barn in fear of being attacked by Indians or bears!” On this quiet afternoon, he looks at his hands and smiles. “I can still milk a cow. Not everyone can do that.”

Bill also helped tend rows of yellow and green beans that the family sold to the New Era Canning Company and pickles they grew for the Heinz Company. Their strawberry plants and black and red raspberry canes produced hundreds of pounds of fruit, which they sold door-to-door. They plowed their fields with horses.

On June 14, 1944, the Malda’s dairy cows were contentedly grazing and berries were beginning to ripen. But Bill was several time zones east of that pastoral setting. He had been drafted into the Army and was onboard a ship bound for Normandy – the second wave of soldiers taking part in that historic invasion.

Bill remembers the 85 mile-per-hour winds that day that buffeted the ship stalling the mission and sending huge waves crashing over the deck as they attempted to cross the English Channel. Toward evening on the third day, as they approached Utah Beach, the troops were transferred to a Higgins boat, the landing craft with the recognizable drop-down front used extensively during World War II for amphibious landings.

“When we walked off that boat, we were knee-deep in water,” recalls Bill, as clearly as if it happened last week.

A few days later, Bill was hit in the leg with a shell fragment. He went to the hospital where he quickly learned there were many people with more serious injuries in line ahead of him.

After several weeks passed, Bill was called back for follow-up and to have the shell fragment removed. He reported to the makeshift hospital that was, by his description, “…a big tent with a grass floor.” At one point, someone yelled, “Anyone here from Michigan?”

“It was a guy from Beulah,” says Bill, recalling a string of coincidences. “Later, my sister had a date with a guy from Beulah. It was the soldier I had met in France, and she ended up marrying him!”

Because of his injury, Bill was reassigned to a non-combat position with the Supreme Headquarters Allied Expeditionary Forces in Germany. He worked as a messenger delivering Western Union cables and transported officers when needed. For a while, he worked just one floor below General Eisenhower’s office.

When the war was over and Bill had enough “points” to go home, he received his travel papers and went to the drill field where trucks were lined up to take people to ships bound for the US.

“They called everybody but me,” he remembers. “My name was, apparently, not on the list.” It was going to be another month before he could depart, so Bill took the opportunity to visit his cousin in Stuttgart.

When he returned to the states, he fell in love with a pretty girl named Connie Rop, and the two married in 1948. They settled in West Michigan and started a family that eventually included one daughter and three sons. Bill became a masonry contractor and skilled brick layer. He never had to worry about growing homesick for the farm, because it stayed in the family. Bill’s niece and her husband live there now.

Bill’s war injury on that ominous day so many years ago earned him a Purple Heart. This past August, Harbor Hospice conducted a moving pining ceremony for Bill to honor him and thank him for his service to the country. It is one of more than 400 pinning ceremonies held for West Michigan veterans in all branches of the military since Harbor Hospice became part of the national We Honor Veterans program in 2011.

Pete Hoekema, who has been a friend of Bill’s for many years, was chosen to bestow the honors. A veteran himself, Pete returned from serving in Vietnam on December 20, 1970 and remembers a country that was deeply divided by the war. He was approached by people who were grateful and also by many who were openly hostile.

“Few people thanked us,” Pete recalls. “It is a big reward for me now to be able to say thank you to our veterans for laying their lives on the line and to tell them how grateful we are for their service.”

The ceremony includes putting a specially designed enamel pin on the veteran’s collar or pocket and reading a poem that is a salute to veterans. Each veteran is also presented with a certificate.

“The pinning is as much for the family as for the veteran,” says Pete, who has performed more than 50 ceremonies. “A lot of veterans didn’t talk much when they came home from the war. This special recognition offers the opportunity for family members to ask questions and for veterans to tell their stories. Often it is the last opportunity they have to talk about their experiences.”

As the people of the United States and its territories pause to pay tribute to their military veterans this month, we offer our gratitude as well. It has been our honor, through the decades, to provide care for thousands of men and women who have served this country in the armed forces.

Our special thanks to Bill and Pete for their service, and to Bill and his family for sharing their memories and photos.

(Bill enthusiastically shared his story with us, and just two days ago, he passed away peacefully at our Leila and Cyrus Poppen Hospice Residence surrounded by his family. Our thoughts are with them.) 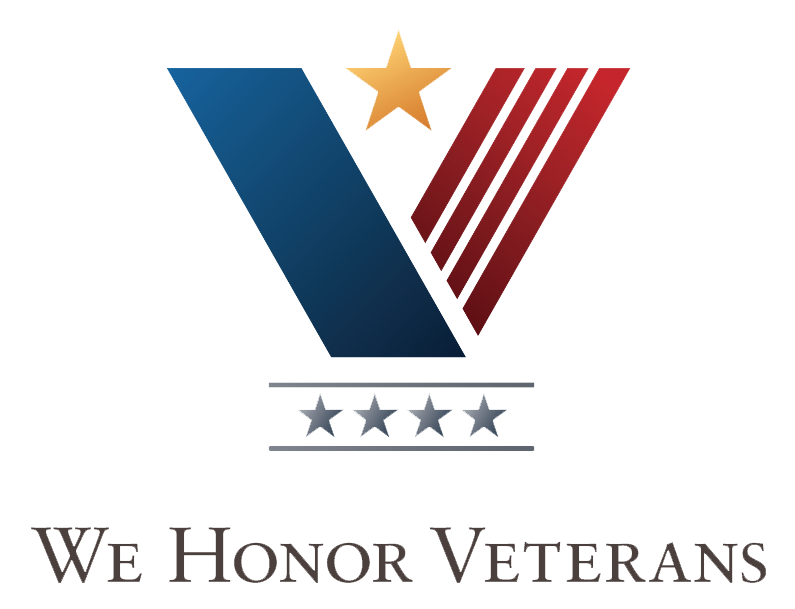 Don’t forget to donate on Match Day! On June 3rd, visit the link below and select the Harbor Hospice Foundation to maximize your gift to support our community hospice, palliative care, grief support services and so much more.

We thank you for your support!